Red Copper Oxide Manufacturer In China
Get A Free Quote 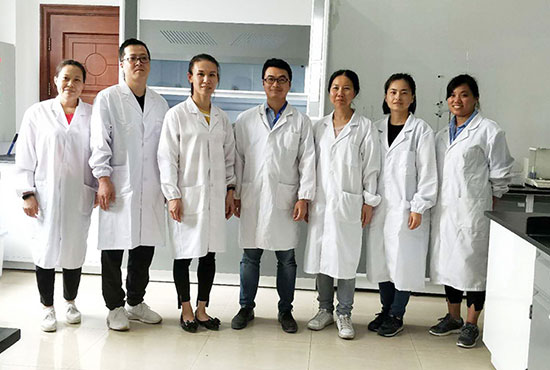 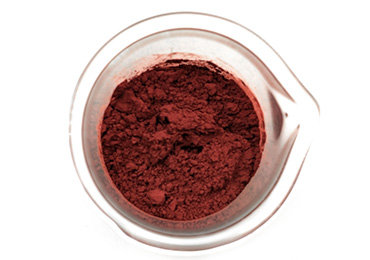 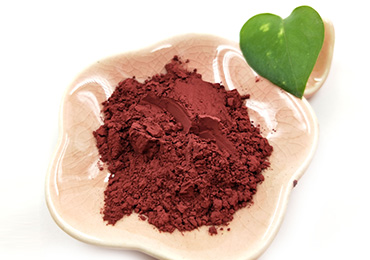 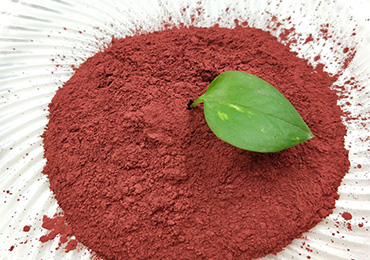 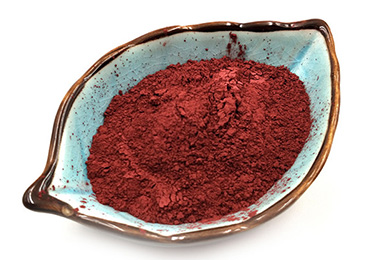 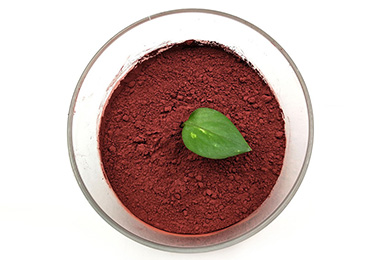 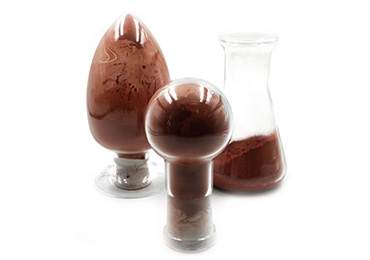 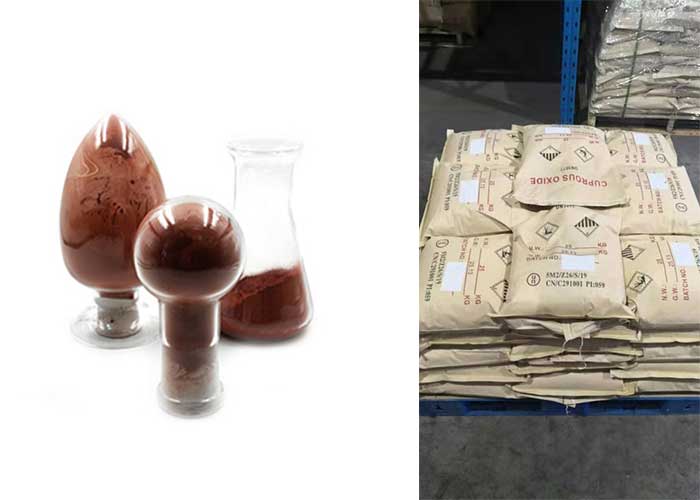 What is another name of this red copper oxide? It is the oxide of which specific metal? 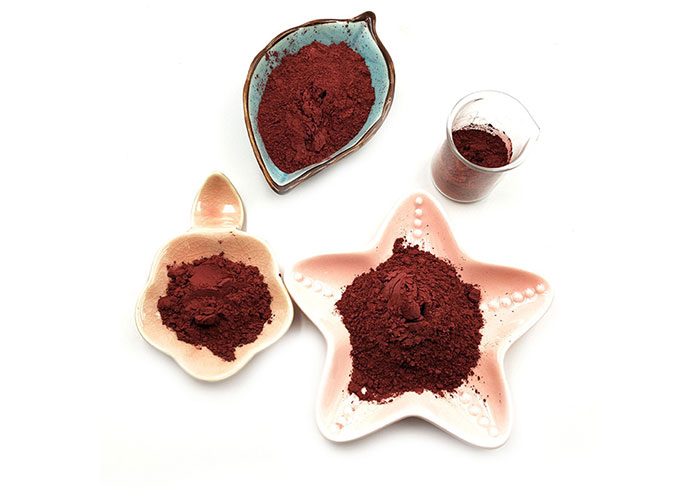 How can I distinguish between red copper oxide and the cupric oxide? What is the main difference between these two oxides of copper?

The main distinguishing factor that can help you to differentiate between the red copper oxide or the cupric oxide is their specific colors. Apart from this, the cupric oxide has the chemical formula as CuO whereas the chemical formula of the red copper is Cu2O. Similarly, if we talk about the color variations of these two main oxides of copper, then the red copper oxide as the name indicates is red in color. It is produced as red crystals or red colored powder whereas the other cupric oxide occurs in the form of black solid material. Therefore, the main difference that can help you identify or differentiate between these two oxides of copper is their respective appearance and color. red copper oxide being red powder or crystals while the copper (II) oxide or the cupric oxide occurs as black solid. Therefore, this is the main visual difference between these two oxides of copper.

How do you prepare the red copper oxide? What is one of the most common method that is involved in the production of cuprous oxide?

Although we do know that there are several methods by which we can prepare the red copper oxide but if we consider the method that we use in order to prepare the red copper in our labs, then we make use of the various methods. But some of them are as follows. One of the most simple and easy method for the production of red copper involves the oxidation of copper metal. If I were to write it in chemical form, then it would be as follows: 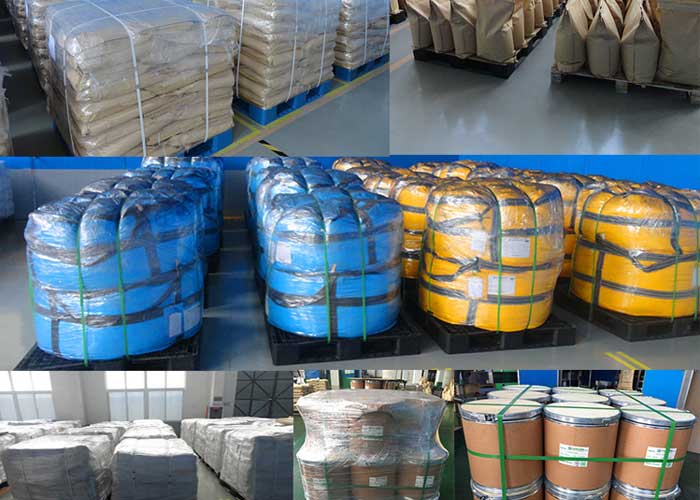 Although the production of red copper oxide by the oxidation method seems to be not that much convened but can’t this process be speeded up?

Yes! Indeed this methods of producing the red copper oxide by using the process of oxidation and putting the copper powder or metal in the atmosphere, so that it may react with the oxygen in the atmosphere and the oxidation may take place generally works out well but it is a very time consuming process and us not a suitable option when you want copper oxide in a large quantity and within a very limited time span. Because this oxidation of copper metal is very slow process.

As far as the speeding up of this process is concerned, then definitely you can do this. This speeding up of the oxidation process can be done by simply adding water and some specific acids into the process so that they would act as a catalyst and generally speed up the chemical reaction that involves the oxidation of copper powder but despite this fact, and even after the addition of such compounds, the speed of the reaction still seems to be quite slow as when compared to some other methods by which the red copper oxide can be prepared much quickly.

Therefore, although this oxidation of copper metal in open air can be speeded up but still is seems to be quite slow.

In order to prepare the copper(I) oxide or also known as the cuprous oxide, there is another method present that is much more convenient and suitable for the large scale production of cuprous oxide. This method simply involves the the use of cupric oxide. It is a very simple chemical reaction but it involves the use of a furnace. In order to produce red copper oxide in a more effective and commercial way, you simply have to put cupric oxide into the furnace, add some elemental copper in it and afterwards, a redo reaction will take place. As a result to this redoc reaction a product will be formed known as the cuprous oxide. Henceforth, it is one of the most effective and efficient method for the preparation of cuprous oxide on a large scale.

This is the most commonly used as well as the most commercial method for producing on large scale. Apart from this, their is also another method that can be used to prepare. This method involves the electrolysis of the solution of sodium chloride that takes place between two electrodes of copper. This process also yeilds the red copper oxide.

At Kunshan Yosoar, we manufacture the red copper by using a variety of methods but when it comes to thearge scale and more effective production of this red copper, then we manufacture it using the redoc reaction method of cupric oxide. This is because this method is extremely feasible and convenient. Apart from this, this method is quick and yeilds large quantities of red copper oxide in a very quick manner. 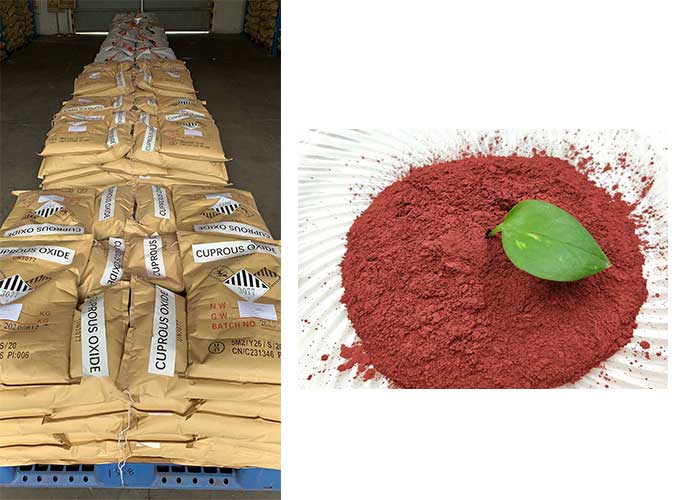 If we talk about this reaction or method, then it simply involves putting the cupric oxide into the furnace, then the elemental copper is also added into that furnace and as a result of the reaction that takes place, we obtain high quality of pure red colored copper oxide. This process is basically referred as the redox reaction and it is much more convenient when compared to the oxidation of copper metal.

Therefore, for the production of cuprous oxide, we use this redox reaction to form.

Yes indeed there are some other methods as well that will definitely help you in producing on small scale. The redox reaction that I stated early definitely requires a furnace for the production of red copper and in small labs arranging a furnace is definitely not that much suitable or convenient. But still, there are some other methods that will definitely help you in producting red copper oxide. For instance, on a small scale, you can manufacture red copper by burning copper(II) nitrate or copper (II) carbonate on the bunsen burner. The results of these chemical reaction will make red copper on a small scale.

Therefore, you can produce red copper in your lab on a small scale.

What are some of the chemical properties of red copper oxide also known as the copper(II) oxide?

If we talk about some of the chemical properties of copper(II) oxide also known as the red copper, then they are as follows.

What would be the result of the reaction between red copper and hydrogen? What would happen if hydrogen gas is passed through red copper oxide?

This reaction depicts that whenever the red copper oxide will react with hydrogen gas, the cuprous oxide will be reduced to copper metal and water will also be produced as a byproduct of this reaction. Overall, this reaction is referred to as being a redox reaction.

How many oxides of copper are producted? What is the difference between copper(I) oxide and copper(II) oxide?

Does red copper oxide have some semiconducting properties? Is this cuprous oxide a semiconductor? 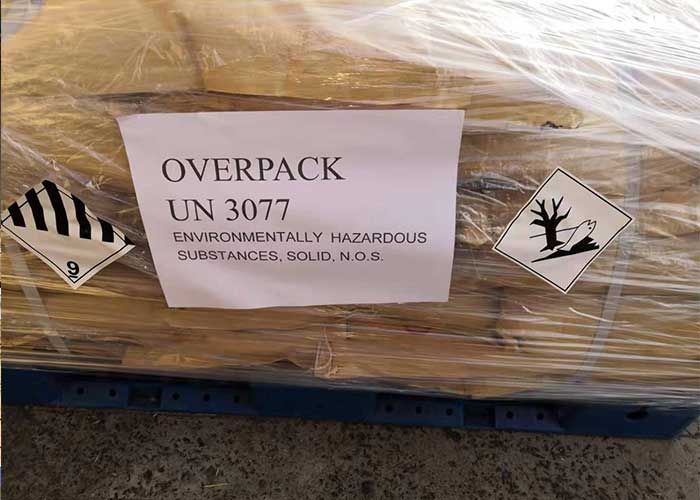 Well there are definitely some variety of applications of this red copper that you can use it for. One of the most important application of this is its use in the anti-fouling paints. Apart from its use in such anti-fouling paints, this is also used in some fungicides. Earlier, this has been used as the rectifier diodes but later on it changed because the silicon was discovered and then it was used for this purpose. But still, the most important application of this cuprous oxide is its use in the marine paints and for the anti-fouling purpose.

This has also been used in paints for applying on the glass as well as porcelain. It was very effective for the paint applications on porcelain.

What are some of the important physical properties of the red copper oxide?

Some of the major physical properties of red copper are as follows. If we talk about the odour of this red copper, then this oxide of copper is basically odorless. It has no specific odour. While referring to the overall appearance of this cuprous oxide, then it has a solid appearance and the color of this solid is mostly red. Further, the heavy atom count of this oxide is 3 and while the solubility is concerned, this cuprous oxide is insoluble in water. It can not be dissolved in water. So, these are some of the physical properties of this red copper oxide also known as the copper(I) oxide.

What are some of the important chemical properties and characteristics of the red copper?

So, these were some of the basic and important chemical properties of red copper oxide.

Yes! You can definitely make use of red copper in anti-fouling paints. This is because the cuprous oxide is indeed an amazing anti-fouling agent that generally prohibits and stops the growth of the fouling organisms especially under the metal surfaces of boats and marine vehicles. This cuprous oxide is exactly similar to its functioning as other similar vinyl compounds that are used for the anti-fouling purposes. It is as much effective as these vinyl compounds for anti-fouling and is more convenient and easy to use. This red copper has biocidal properties and when used along with some paint, it generally inhibits the growth of fouling organisms under the surface of the boat. It ultimately prevents the accumulation of such organisms and acts as an anti-fouling agent.

What are some of the safety measures that should be taken into consideration for handling this red copper oxide? Is it toxic and injurious to the health?

While handling this red copper, you cmshould definitely take some of the precautionary measures so that it doesn’t cause any harm to you. This is a highly toxic compound and a direct contact should be avoided. It should not be swallowed or inhaled at any cost. Further, it should also not be burnt because the fumes that are generated as a result of the burning if this powder are also extremely toxic and hazardous. They can cause some series respiratory tract issues. Further, this red copper oxide should also be kept separated and away from eatables. It should not be mixed with the food even with the raw materials of the food as well. This is because it is highly toxic. If you accidentally inhaled or ingest this red copper, then you should immediately seek for medical help and ymshould consult the physician.

I have an industry related to ceramic manufacturing. Can I make use of this red copper oxide for my related field?

Yes you can definitely make use of this in the industry of ceramic manufacturing. As already discussed that this acts as a dye and is used as a coloring agent as well. It is indeed one of the most effective coloring agent that can be used for dyeing and coloring of ceramics and enamel as well.

Apart from its application in ceramic industry, this can also be used in the manufacturing of photocells and copper salt productions as well. So these were some of the usages and applications of red copper oxide in various fields including ceramic industry.

Get a Quick Quote!